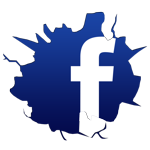 While the probability of being struck by lightning is low, the odds are significantly greater when a storm is in the area and proper safety precautions are not followed. Education and prevention are the keys to lightning safety. Education begins with learning appropriate lightning safety tips. Prevention of lightning injuries or casualties should begin long before any athletic event. This policy will outline lightning safety terminology, procedures, anddecision making policies.

Lightning is the most consistent and significant weather hazard that may affect outdoor athletic activities. Within the United States, the National Oceanographic and Atmospheric Administration (NOAA) estimates that 60 to 70 fatalities and about 10 times as many injuries occur from lightning strikes every year.  Keep in mind that although uncommon, lightning has been reported to strike up to 10 miles or more from where it is raining. Blue skies overhead do not guarantee protection from lightning strikes.  Lightning can strike far from where it is raining.

All coaches, assistant coaches, officials, administrators, and parents should check weather reports before any practice or game. The National Weather Service (NWS) issues severe weather and/or thunderstorm watches and/or warnings. A “watch” means conditions are favorable for severe weather to develop in a particular area.  A “warning” means the NWS has reported severe weather in an area and for anyone in that area to take the necessary precautions. Everyone should be aware of the signs of thunderstorms developing nearby.  Lightning and thunder activity in the local area are the “alarms” for everyone to begin monitoring thunderstorm activity. The easiest method to follow the direction of storm movement, and distance to the lightning is by using the flash-to-bang method.

If thunderstorms develop, count the seconds between the flash of lightning and the bang of the thunder to estimate the distance between you and the lightning strike. Because sound travels at approximately 1 mile in 5 seconds, you can determine how far away the lightning is by using the "flash-to-bang" method. To use the "flash-to-bang" method, count the seconds from the time lightning is sighted to when the clap of thunder is heard. Divide this number by five (5) to obtain how far away (in miles) the lightning is occurring. (Ex. 30 sec. count / 5 = 6 mile distance). It is recommended that you seek shelter if the time between the lightning flash and the rumble of thunder is 30 seconds or less (6 miles).  Once inside shelter, you should not resume outdoor activities until 30 minutes after the last audible thunder. This is known as the 30/30 Lightning Rule.

The decision regarding stoppage of a game must be made by the on-site head game official/referee. This authority is unchallengeable.  In cases where the decision to remove their respective team from the playing field is questioned by an athlete, administrator, spectator, or opposing coach, the on-site head game official/referee’s decision will be fully supported by The Manasota Monsters and The Manasota Lacrosse Academy. Thedecision regarding stoppage of a practice must be made by the coaching staff. All coaches, officials, administrators, and parents need to abide by this policy to ensure the safety of all athletes, coaches, game managers, spectators, and all others who may be present. It is important to note that blue skies and no rain are not protection from a lightning strike which can occur from a distance as far away as 10 miles from an existing storm.

1.)  Safe areas for shelter include:

a.)  Enclosed buildings or any building normally occupied or frequently used by people, i.e., a building with plumbing and/or electrical wiring that acts to electrically ground the structure. Avoid using the shower or plumbing facilities and contact with electrical machines and appliances during a thunderstorm.

c.)  Low ground areas can serve as a last resort such as a ditch or a bottom of hill. Assume a crouched position to minimize your body area. Do not lie flat and do not crouch in standing water.

b.)  Convertible cars or golf carts

c.)  Metal bleachers (on or under)

To resume outdoor athletic activities, lightning safety experts recommend waiting 30 minutes after both the last sound of thunder and last flash of lightning. If lightning is seen without hearing thunder, lightning may be out of range and therefore less likely to be a significant threat. At night, be aware that lightning can be visible at a much greater distance than during the day as clouds are being lit from the inside by lightning. This greater distance may mean that the lightning is no longer a significant threat. At night, use both the sound of thunder and seeing the lightning channel itself to decide on re-setting the 30-minute “return-to-play” clock before resuming outdoor athletic activities.

People who have been struck by lightning do not carry an electrical charge.  Therefore, cardiopulmonary resuscitation (CPR) is safe for the responder. If possible, an injured person should be moved to a safer location before starting CPR. Lightning-strike victims who show signs of cardiac or respiratory arrest need prompt emergency help and 911 should be called immediately. Prompt, aggressive CPR has been highly effective for the survival of victims of lightning strikes. Automatic external defibrillators (AEDs) have become a common, safe and effective means of reviving persons in cardiac arrest. Planned access to early defibrillation will be part of our emergency plan. CPR should never be delayed while searching for an AED. Real time weather forecasts and lightning detectors are tools that will be used to aid in decision-making regarding stoppage of play, evacuation and return to play.

While the energy of lightning is significant, death is generally a cardiac event. Approximately 1/3 of all individuals struck by lightning are involved in some type of recreational activity, either as a participant or as a spectator. According to the National Weather Service, there are approximately 66 fatalities from lightning strikes per year. Out of all of the people that are struck by lightning, about 10% are killed and the other 90% are left with some degree of disability.

It is the opinion of the Manasota Monsters and the Manasota Lacrosse Academy that all players and families read and sign the policy above to verify they have been made aware of the dangers of lightning and the precautions that need to be made in order to ensure the safety of all involved with the sport of lacrosse and other outdoor athletic activities.